Winter, it’s cold, miserable & gloomy (for the most part anyway – I’m not a January person). Baking in winter leaves us pretty limited to the store cupboard, but that doesn’t mean that winter baking has to be dull, flavourless & boring…

We may not have the colour & freshness that the other seasons can bring but what we do have in our arsenal at this time of year is all of those pungent, glorious spices alongside staples such as nuts, dried fruits & chocolate (there’s always chocolate!). There’s plenty of experimenting (eating) to be done & let’s be honest, some days it’s just too cold or wet to go outside, whereas the kitchen is warm, cosy & full of food! 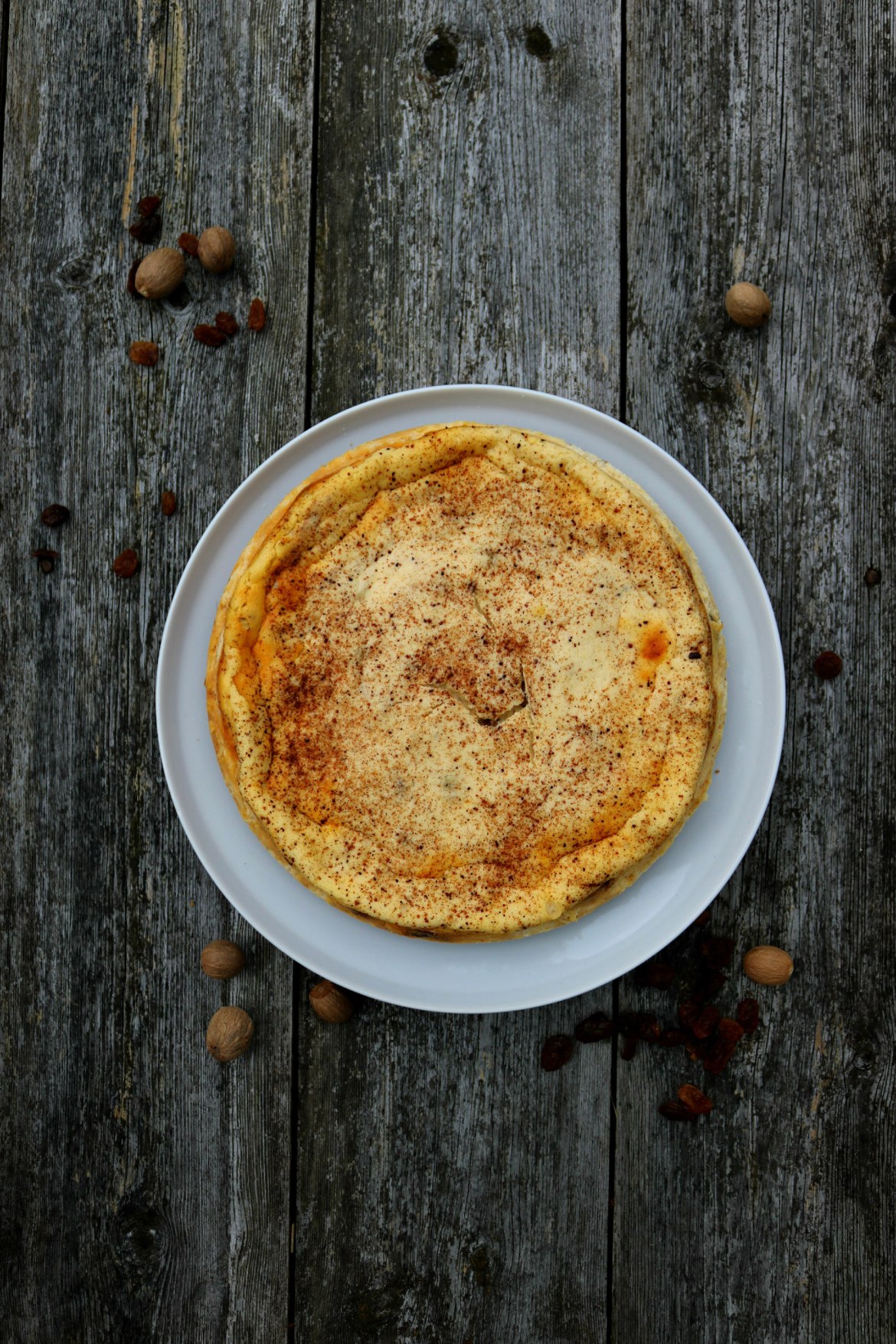 When it comes to spices, whilst there are a whole array of curious & exotic flavours out there, the winter trinity has got to be cinnamon, ginger & nutmeg, & for good reason too. Each pair perfectly with one another & add their own characteristics to a bake. However, often left behind, the underused third wheel in this trinity, has to be nutmeg. This could be put down to fear of using too much, too much nutmeg can really throw off the balance & taste & it is very rarely used on its own in baking, more so in cooking t. Used in the right way though, nutmeg’s warm, earthy, spiciness is deliciously comforting.

Mainly grown in the West Indies, nutmeg is made from the seed of the nutmeg tree (Myristica Fragrans). The seed is the inner part of the aril fruit from the tree & comes encased in a red laced shell (it looks like something from Alien!), also a spice, this is mace. The mace is removed from the seed, flattened out & dried whilst the nutmegs are gradually dried in the sun, each being turned twice a day over a period of 6 to 8 weeks leaving a greyish brown, oval seed with a furrowed surface.

More than just a flavouring, nutmeg has been used in many different ways throughout history, the Romans used it was an incense, the Arabs traded it as a scent & aphrodisiac, it has also been used as a medicine, with the Elizabethans believing that it could ward off the plague. 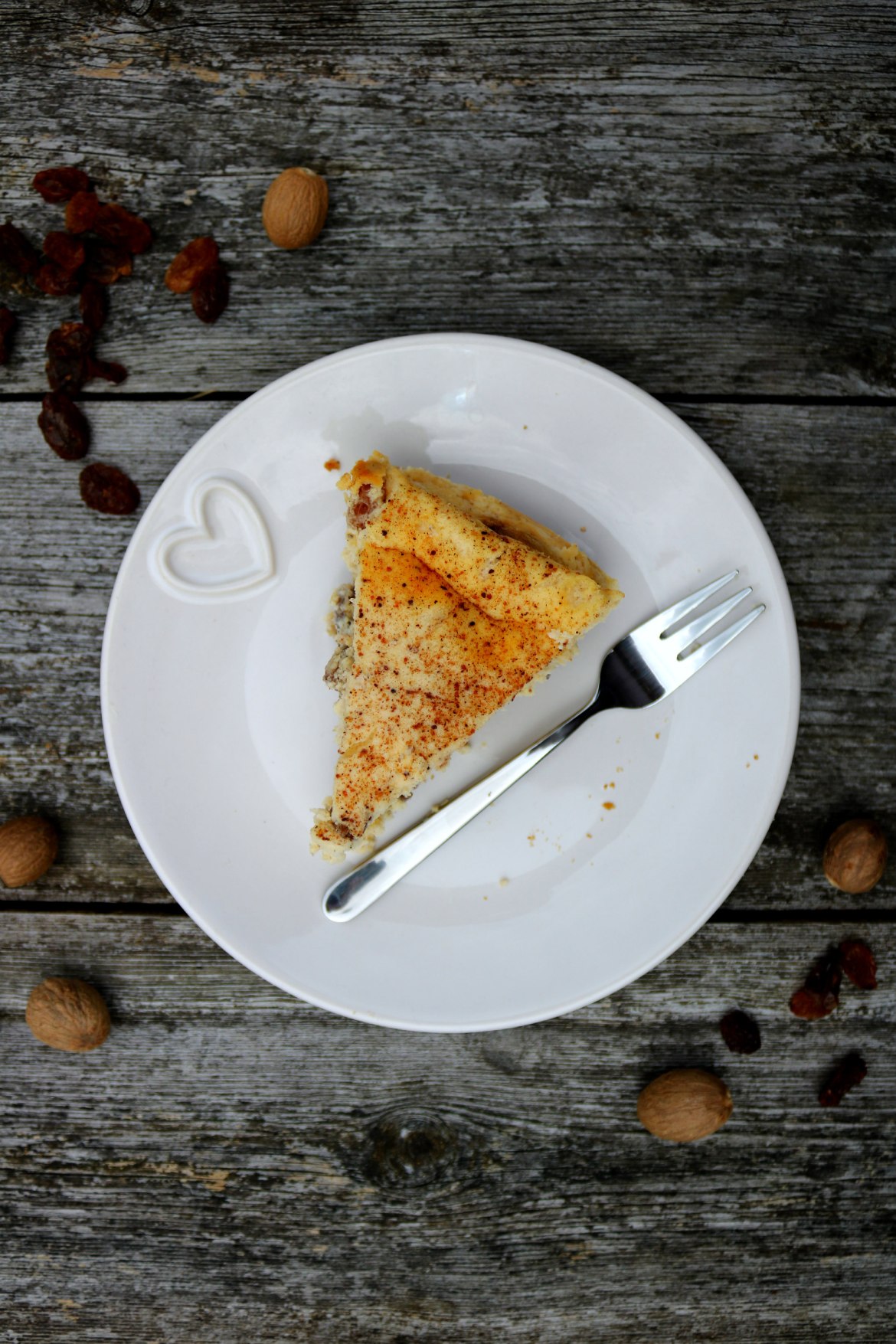 The much lesser know potential medicinal properties of the nutmeg though is that is can actually be incredibly bad for you in high quantities, causing things such as hallucinations (honestly). This is all down to the oil contained within the nutmeg, a chemical called myristicin, which in large doses can act as a deliriant, cause convulsions, nausea, palpitations & pain (don’t to drugs kids!). It’s actually fatal to some animals, including dogs.

Don’t let that put you off though, myristicin can also be found in other foods & spices such as anise, parsley, dill & even some types of carrot. Worry not, you’d have to eat an awful lot of the stuff to have any effect so being a bit heavy handed with the teaspoon won’t kill you.

Personally, I love the flavour of nutmeg, especially in anything that has a creamy element to it (think rice pudding, custard tarts & dauphinoise potatoes). So, with Winter baking in mind, I really wanted to create something that lets nutmeg take the reins. I needed something that would act as a simple base so as not to overpower my little nutmeg, preferably something creamy. Turns out, cheesecake was the answer to my nutmegs prayers. A smooth, creamy cheesecake base, made using quark to cut down on the sweetness & add a little lightness. I’ve thrown in some sultanas to the mix, not only for good measure but also also to add a bit of contrasting texture. The result is a really simple baked cheesecake that has the taste of Winter but also one that you’ve probably never experienced before. If you did want to add another flavour into the mix, I’d recommend soaking your sultanas in a nice amaretto, brandy or orange juice overnight before using.