Dydd Gwyl Dewi Hapus! Or if you’re not from Wales or a Welsh speaker, Happy Saint David’s Day!

Saint David’s Day is the feast day of the patron saint of Wales & it falls on March 1st, the date of Saint David’s death. The day is much celebrated throughout Wales (even though it’s not a national holiday-come on Welsh Government!) by wearing symbols of Wales such as daffodils & leeks, donning traditional Welsh dress, eating traditional Welsh foods & generally just feeling very proud to be Welsh. 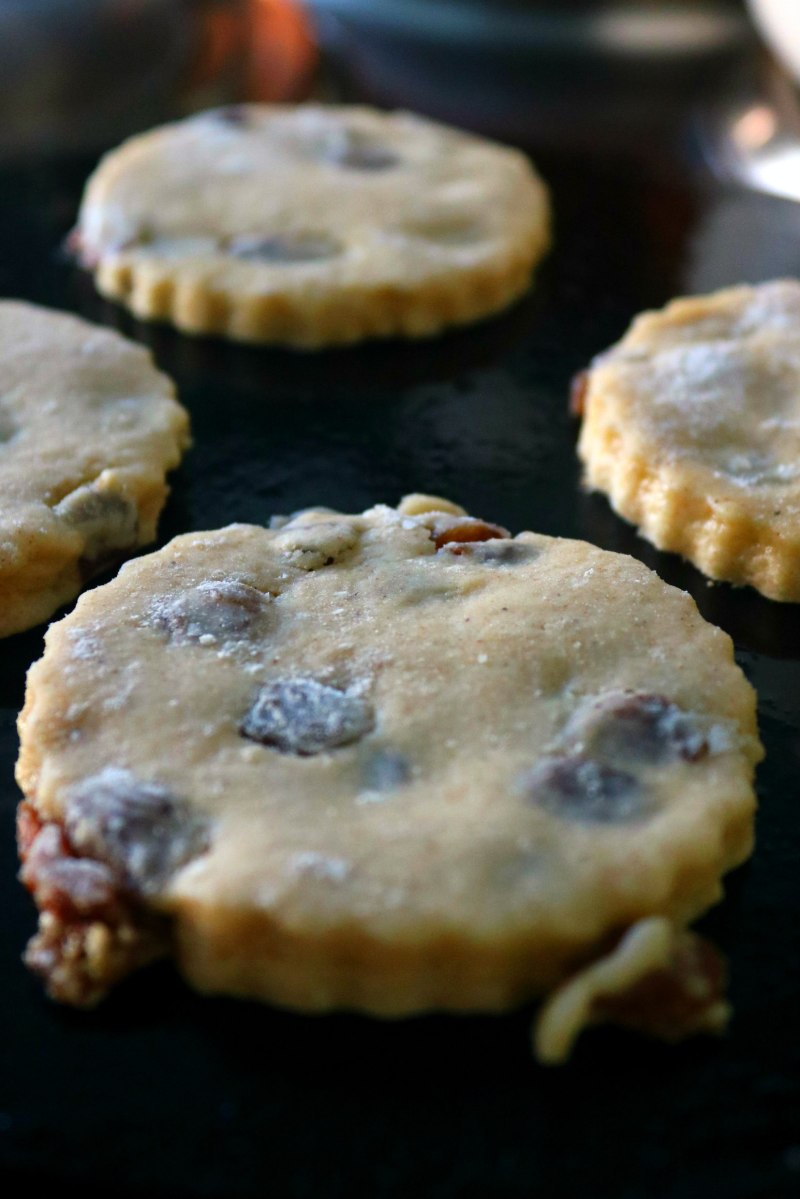 Saint David’s Day for me symbolises the beginning of Spring. Bold yellow daffodils begin to emerge, standing proud, returning colour to an otherwise grey & miserable landscape. Nights draw longer & milder with promise & excitement, & I am obliged to eat as many Welsh cakes as my heart contends. 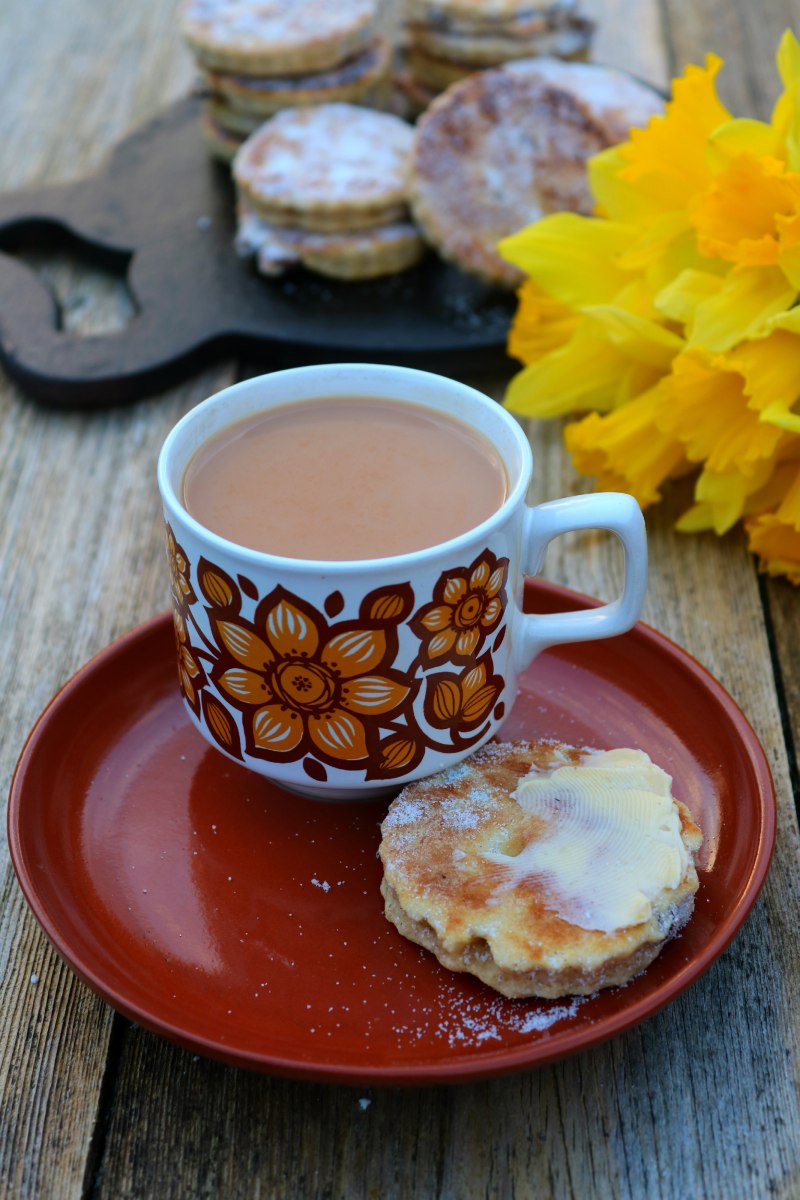 Childhood memories of Saint David’s Day don’t quite share the same sentiments for me. Looking back now, I can appreciate the tradition of wearing my little red & black Welsh lady costume. As child however, I did not appreciate the feeling of being swamped by layer upon layer of itchy, unnecessary dress in the fine spring sunshine. First came the petticoat, then a skirt made from excessive amounts of wool. A white blouse, shawl & a paisley printed neckerchief  (to this day I don’t know why mine was paisley) were used to cover up any remaining signs of a small human child, all held together with a little white apron. My head was topped with a tall, solid, black hat, held firmly in place by thick white ribbon tied under the chin. Throw in a pair of white cotton tights, my shiniest, patent black leather shoes, a fresh daffodil pinned to my chest & I was ready for a day of itching, fidgeting & attempting to subtly remove layers (the paisley was always the first to go).

Why did I endure this misery? What was my reward? Welsh cakes! Following the school Eisteddfod, which is essentially a school competition that involved a lot of Welsh singing, at lunchtime we were treated to milkshake & fresh Welsh cakes. 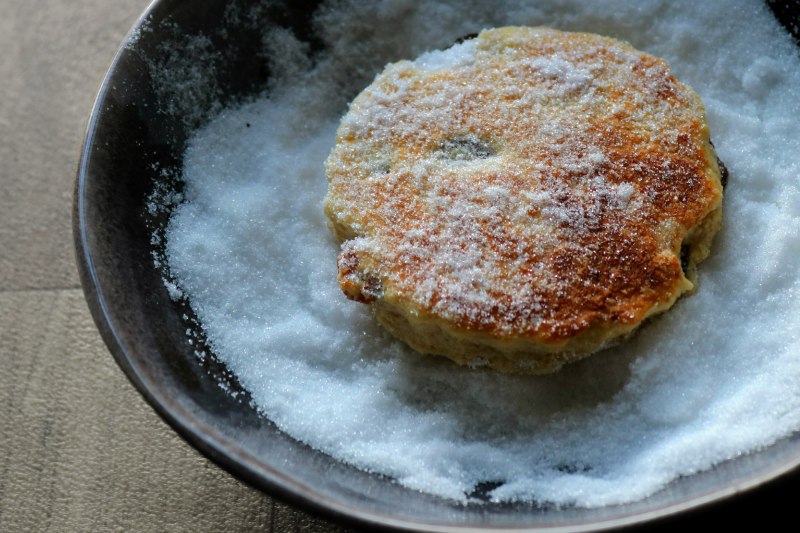 Welsh cakes (or picau ar y maen) are traditional in Wales. Even though they are named “cakes” they are not baked but cooked on a griddle, they are similar to a scone & the size of a biscuit but they are unique in texture & a delight by their own merit.

Resourceful, wholesome & practical in nature, made from very simple store cupboard ingredients, Welsh cakes are a variation of a griddle baked flat-bread as fat, sugar & dried fruit were added to prolong its shelf life. Traditionally cooked on a bakestone which would have been a large, thick piece of slate which was later replaced by a cast-iron griddle in the 19th century (also known as a bakestone), Welsh cakes are incredibly easy to make but love & attention must be given to cook each one by hand, so as not to over-work the mixture or burn the cakes. 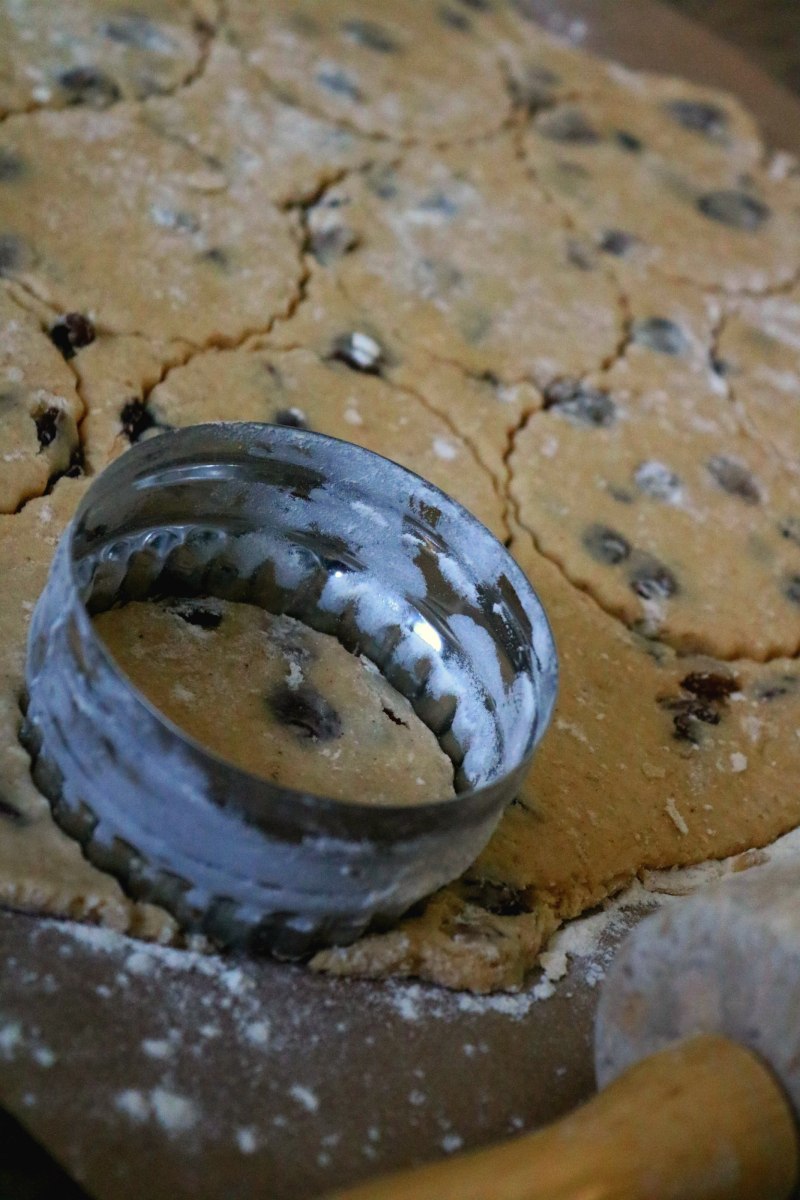 Being a bit of a hoarder of old, traditional bakeware (& teacups… so many teacups), I’m always on the lookout for new additions to my collection. I can always be found rummaging through bric-a-brac, haggling at markets & whiling away hours in antique shops. One thing which has eluded me for years, which I have desperately sought after is a traditional Welsh bakestone. Lo and behold, on an inadvertent visit during sunny afternoon drive with my new adventurer we stopped for a wander around a local antiques centre. Words cannot describe the rather audible shriek that escaped when I spotted a small collection of bakestones propped up in an alluring, proud manner, almost hidden from sight (he’s almost become a lucky charm at this point). Needless to say that this Saint David’s Day, everyone will be enjoying Welsh cakes. 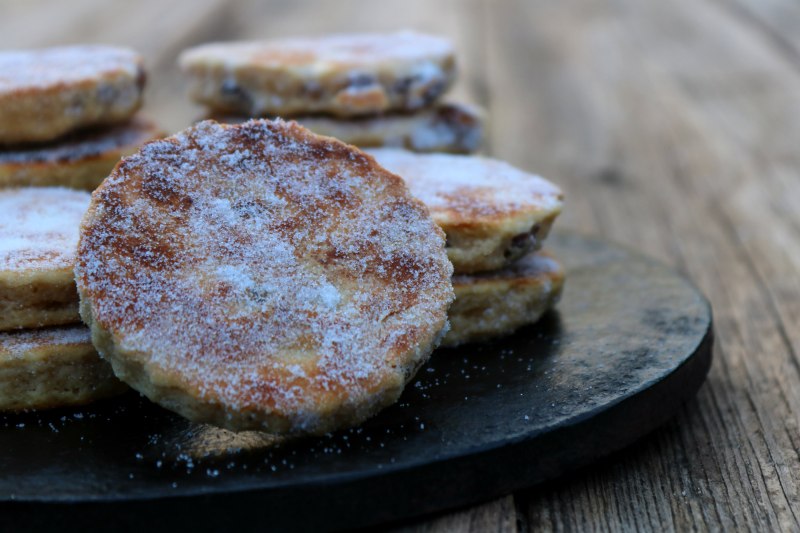 Welsh cakes are not overly sweet but are certainly a treat to look forward to, particularly when eaten fresh from the pan, still warm enough so that butter begins to melt when spread on top. There are local variations throughout Wales such as cakes made with grated apple added to the mixture or thicker cakes made using baking powder & dusted in icing sugar are made in North Wales. Personally (though I could be a little bias here), my favourite variation is the jam split of South Wales. As the name suggests, this is quite simply a Welsh cake split horizontally & sandwiched together with jam (we all know I’m partial to a bit of jam).

These are a really versatile treat that can be adapted to suit your tastes, try chocolate chips or cranberries instead of sultanas, or cardamom instead of mixed spice. I’m a bit of a traditionalist however & think these are perfect as they are, simply spread with a little salted butter, accompanied by a good strong cup of tea.

This website uses cookies to improve your experience while you navigate through the website. Out of these, the cookies that are categorized as necessary are stored on your browser as they are essential for the working of basic functionalities of the website. We also use third-party cookies that help us analyze and understand how you use this website. These cookies will be stored in your browser only with your consent. You also have the option to opt-out of these cookies. But opting out of some of these cookies may affect your browsing experience.
Necessary Always Enabled

Any cookies that may not be particularly necessary for the website to function and is used specifically to collect user personal data via analytics, ads, other embedded contents are termed as non-necessary cookies. It is mandatory to procure user consent prior to running these cookies on your website.