Easter, traditionally a religious celebration of life.. here in the UK however, it is most synonymous with chocolate eggs (this is not necessarily a bad thing). Easter eggs themselves are in essence a symbol of Jesus’ empty tomb, a rather sombre thought when you’re about the destroy the cheerful easter chick on your Cadbury’s chocolate egg. Whilst we’re all taught the origins & traditions of Easter as children, the promise of chocolate dominates your thoughts from a young age.

The anticipation & excitement of receiving a whole selection of egg-shaped chocolate is overwhelming as a child (especially if you were a chubby little one like me). When I was younger my mother would , without fail, organise the classic Easter egg hunt just for me on Easter morning. Needless to say, living in Wales this always took place indoors & despite living in a small flat, the hunt was sufficiently challenging for this chocoholic. Often weeks later, my mother would find a forgotten egg buried behind the living room sofa (also a classic hiding spot for Christmas presents).

In years where I  would receive an abundance of eggs from family & somehow became tired of cocoa consumption, these would eventually be broken down into bitesize pieces & lay dormant in the fridge awaiting their destiny of being turned into rice crispy treats or chocolate nests, sometimes filled with Mini Eggs or small Creme Eggs. This somehow made the chocolate appealing once more & they would promptly disappear. Now that I’m older, whilst of course I still enjoy a chocolate egg or two, I much prefer to indulge in a hot cross bun or a slice of simnel cake. 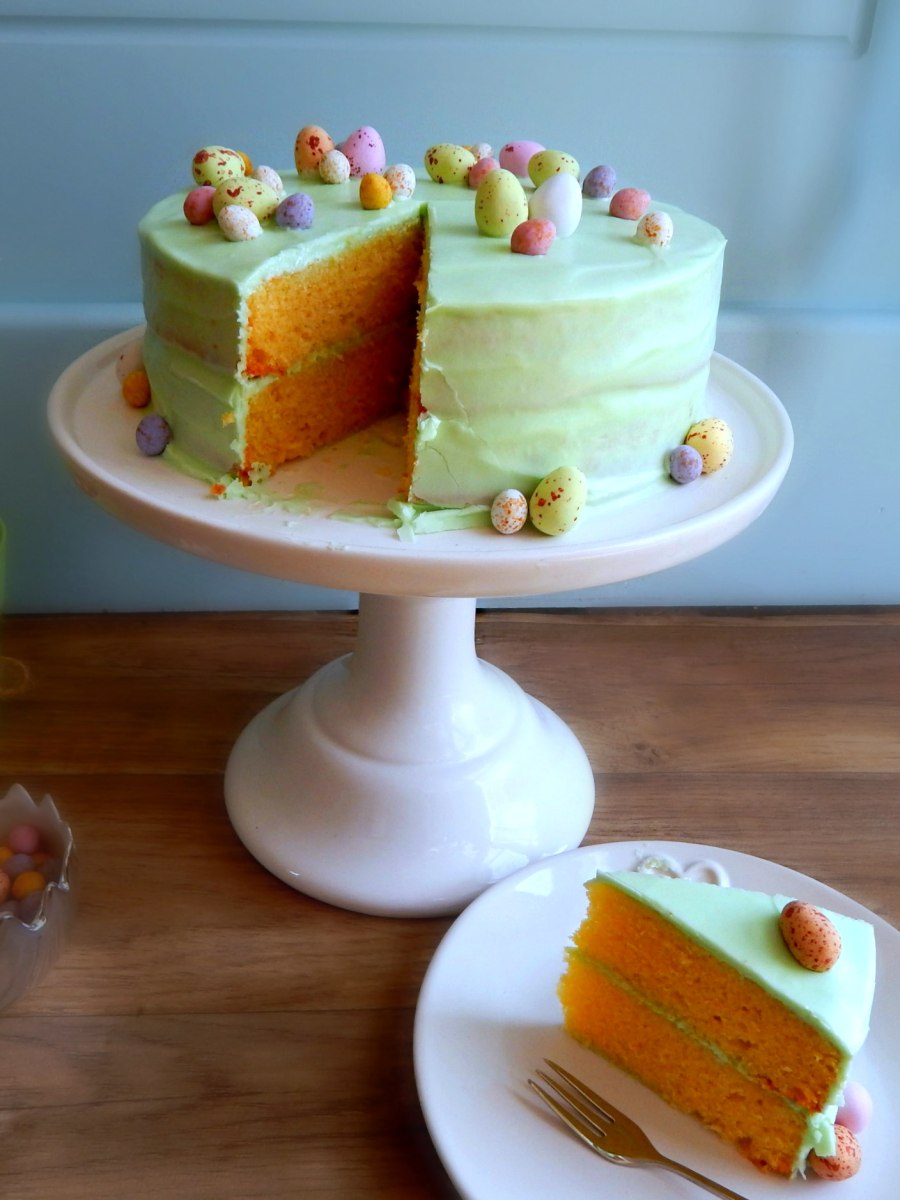 I’ve made many Easter themed bakes in the past from elaborate cupcakes to bunny shaped buns, but with the chocolate overload at this time of year sometimes something simple becomes much more appealing. In keeping with the theme of eggs & simplicity, I was eager to try baking with duck eggs. Generally, ducks lay their eggs in the spring making them great for a bit of seasonal baking. Slightly larger than chicken eggs, these pale blue eggs have a much larger yolk & contain far more protein in its white. This results in a much fluffier & richer cake. Used simply in a vanilla sponge, they create a great quality cake. I tend to cover mine in a pale green-blue buttercream in reference to it’s star ingredient.

For the buttercream icing: